Beyond inviting the participants to think Europe differently, TRANSEUROPA Festival opens shared spaces for artists and renowned intellectuals to engage with the public on a series of debates, assemblies and open conferences taking place from the 25th and until the 29th of October in different spaces across the city of Madrid.

All our events will recognise and highlight the role that art plays in social and political change, and will aim to activate a reflection of the meaning of Europe and on the responsibilities of political, cultural and artistic institutions. Never as in this moment in history, the very foundations of Europe have been questioned as much as today: what is the role arts can play in imagining a new way of thinking politics? What is the role of civil society in it?

Some of most interesting voices of the political and artistic scenario are invited to reflect on these issues. The aim is to put different worlds in dialogue on crucial issues like democracy, art, migration, feminism, commoning, new municipalism and culture.

WHAT’S AFTER THE NATION STATE? Thoughts for a future below and beyond the nation

In the age of the crisis of both globalisation and of the nation state the idea of cross-border unity and transnational solidarity appears to be of highest urgency.

European Alternatives has long worked to assess, critique, and move beyond the concept of the nation-state. We have attempted to undo this concept from both below – researching local autonomy, municipalism and pluri-national States – and from above, with a reflection on transnational political forms and the role of Europe.

Both dimensions are becoming increasingly relevant and urgent today.

The nation state increasingly appears as an insufficient vehicle to approach the challenges brought about by technological innovation, migration, climate change, or financial flows. This is dramatically evident in the European Union: where the incapacity of constructing a post-national democracy leads to dysfunctional economic policies, lack of any credible policy on migration, tax competition between States and race to the bottom on multinational taxation and workers rights.

At the same time, the experience of new municipalism, as well as the discussions around the position of Catalonia, Wallonia or Scotland, is challenging the nation state from below. From Barcelona to Naples, citizens increasingly demand the right to participate directly in decisions that affect their lives in their locality. And yet, demands for greater autonomy are often frustrated by a concentration of powers in the national capital that bars any meaningful sovereignty of proximity.

This situation calls upon us to radically reformulate our conception of the nation-state, rather than replicating it. WIth this symposium we will take this conversion head on, showing the best that’s moving below and above the nation-State, and what points of contact between the two exist. Ranging from arts to politics, from theory to grassroots practices, we will be discussing the path towards a post-national future.

The event is organised in cooperation with The Kyiv International − Kyiv Biennial 2017, which will host Part II of the symposium on November 22 in Kyiv, Ukraine.

1. The Great Regression : the return of Nationalisms?

The traditional form of the nation-state appears an insufficient vehicle to approach the challenges brought about by technological innovation, migration, climate change, or financial flows. And yet attempts to move beyond it, matching globalisation of the economy with a globalisation of politics, appear blocked or stuck in reverse gear. What’s next?

2. The parable of the Nation-state

The nation state is a recent European historical construction. With imperialism it has been exported globally, undoing previous forms of community and society. Is there a lesson from outside the West on surpassing nationalism?

3. From the city to Europe, bypassing the State

A spectre is haunting Europe: the spectre of municipalism. To what extent does it offer a sensible response to the threat of the Great Regression? Could we imagine new forms of government where a transnational and local levels are placed in direct contact?

4. The Commons offering a renewed vision for Europe?

A conversation with members of the European Commons Assembly.

What’s the way forwards in Europe and what is our responsibility? How can we utilise the moment of the 2019 European elections to strike a difference?

SCREENING: ‘When Paul Came Over the Sea’

Jakob Preuss, born 1975 in Berlin, is a documentary filmmaker. His films, shot in Iran, Bosnia, and Ukraine, have been broadcast in over ten countries and screened at numerous festivals. His last film “The Other Chelsea” won the First Steps-Award and the Grimme-Award in Germany. In addition to his activities as a filmmaker, Jakob Preuss is also engaged in political work. He will present his last documentary ‘ When Paul Came Over the Sea‘ on Thursday from 19h-21h.

In collaboration with the European Commons Assembly.

CRIMINALISATION OF LIVE SAVING IN THE MEDITERRANEAN

With Tommaso Fabbri and Cedric Herrou (tbc) moderated by PorCausa

Politicians, governments and also media across Europe have been accusing non-governmental organisations and individual activists carrying out search and rescue operations in the Mediterranean of undermining efforts to reduce the number of people entering Europe. Even worse, boats carrying out live-saving measures have been obstructed (e.g. boats by Jugend Rettet, MSF, Sea Watch, SOS Mediteranée) and helpers were attacked as human smugglers and in some cases put to court. The illusory idea to halt people fleeing war, persecution and poverty prevails. Securing the EU’s borders is considered a higher priority then saving people’s lifes. Given the current context of criminalisation and repression of those who are saving human lifes in the Mediterranean and elsewhere, TRANSEUROPA is hosting a debate between Tommaso Fabbri (head of MSF Mission Italy) and Cedric Herrou (French human rights defender with a pending court case) moderated by PorCausa.

Every year, European Alternatives organises its Open Assembly, a dynamic and lively gathering inspiring members, board and staff to continue working towards democracy, equality and culture beyond the nation state.

The Open Assembly is the moment for members (and those who are interested to join European Alternatives) to discuss strategic topics that EA should tackle and ways forward to build a Europe beyond a nation state. We will hold the Assembly in a World Café format to reach a maximum exchange of ideas and potential project proposals.

Political Forum: WHAT’S AFTER THE NATION STATE? Thoughts for a future below and beyond the nation

The traditional form of the nation-state appears an insufficient vehicle to approach the challenges brought about by technological innovation, migration, climate change, or financial flows. And yet attempts to move beyond it, matching globalisation of the economy with a globalisation of politics, appear blocked or stuck in reverse gear. What’s next? This Forum is organised in partnership with the Kyiv Biennale 2017…

On May 27th, 2017 far right activists supported by religious groups had sparked riots in front of Powszechny Theatre in Warsaw – a municipal, public, cultural institution. They have also broken into the building and spread gas injuring one person who was taken to hospital with poisoning symptoms… 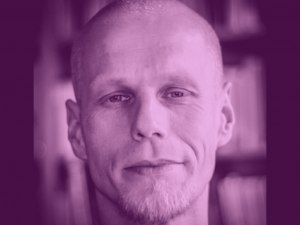 CentroCentro - Auditorio
Taxation is normally a boring issue. But as they say “Hey it’s the economy stupid!” and you pay for it. Based on the #rp17 talk in Berlin, we will update of the talk and provide an further overview why that matter is crucial for Europe. From Berlin, to Dublin to Thessaloniki. What combines this 3 locations with taxation?…
read more 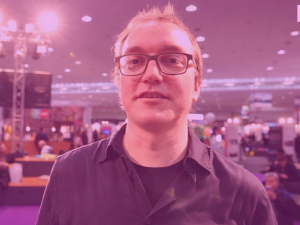 Black Lives Matter (BLM) emerged as an historic movement for civil rights.* One of the outflows of the BLM movement has been the exposure of a rift between mainstream, often white, progressives and a growing group of activists who feel racial justice issues are not prioritized within many progressive spaces… 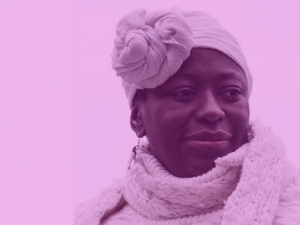 Criminalisation of life saving in the Mediterranean

Politicians, governments and also media across Europe have been accusing non-governmental organisations and individual activists carrying out search and rescue operations in the Mediterranean of undermining efforts to reduce the number of people entering Europe…

Media Lab Prado
In this assembly-like collective debate we will investigate and explore what kind of policies could help support, protect and facilitate commons in in the urban environment. What is the commons agenda for the urban context and what can municipalities do?  We will explore the experiences municipalities have had in trying to implement commons policies or interacting with commons initiatives and the experiences of collaborative citizens initiatives .
read more
07:00 PM - 09:00 PM

Paul is a migrant from Cameroon. He has made his way across the Sahara to the Moroccan coast where he now lives in a forest waiting for the right moment to cross the Mediterranean Sea. This is where he meets Jakob, a filmmaker from Berlin, who is researching a film about Europe’s borders… 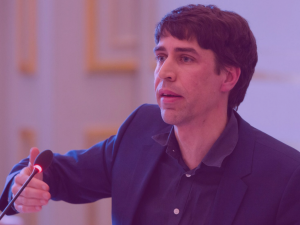 Every year, European Alternatives organises its Open Assembly, a dynamic and lively gathering inspiring members, board and staff to continue working towards democracy, equality and culture beyond the nation-state and chart the strategic orientation of European Alternatives for the year to come.