iHopP is a creative project that aims at creating an intercultural dialogue platform to facilitate integration of new comers and local community members. The word “iHopP” is a mash-up of the Swedish words “ihop” (together) and “hopp” (hope). In iHopP, we used digital storytelling to get voices heard and give meaning and context to the participants’ experiences. We filmed more than 20 stories in Gothenburg and Malmö in 2017. Each story is one minute long. It ranges from a tango dance to a Syrian father escaping the war with his little daughter. The project is organized by National Museums of World Culture in the framework of the Rebuild Refuge Europe project, funded by the Creative Europe program. Come to the screening of the stories and talk to the project curator and leader. 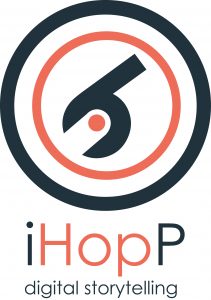 Raha is a Board Member of European Alternatives since 2016. She is currently working at the National Museum of World Cultures as coordinator of the Anna Lindh Foundation civil society network in Sweden. Her  work includes mainly the coordination of the biggest network of Swedish organisations (governmental and non-governmental) on intercultural dialogue. She is in charge of organising national and regional events to promote intercultural dialogue around different topics. Since the beginning of 2015, she has also been in charge of the transnational project called “WoMidan” (WoMen of the Square) which aims at empowering women activism for social change. She has also a big passion for music which pushed her to learn and become a professional DJ.